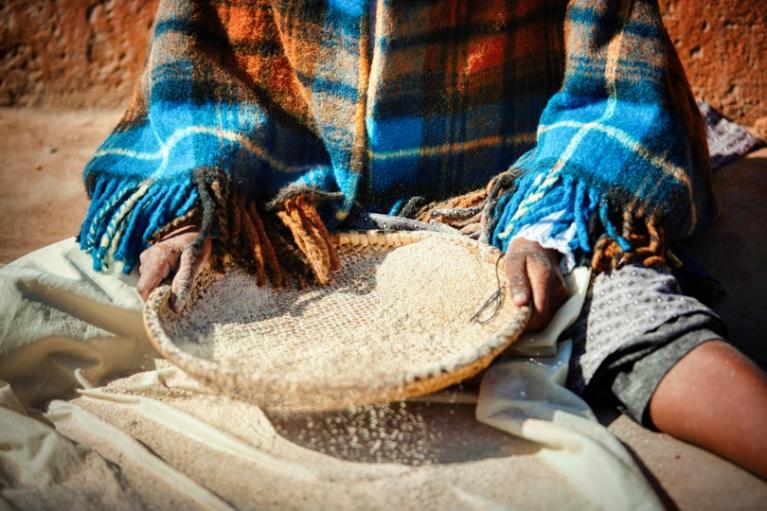 For over two decades, and in defence of life and democracy, diverse constituencies in Africa have promoted the rights of small farmers and their seed systems, and have expressed and continue to express concern related to the use and governance of modern biotechnology on the continent. We include smallholder farmers, pastoralists, fisherfolk, hunter/gatherers, indigenous peoples, […]

Open letter to UPOV and FAO on the new intellectual property and seed laws in Africa, Asia and Latin America

The African Centre for Biodiversity, the Network for a GE Free Latin America and JINUKUN – COPAGEN, on behalf of the organisers of a South – South dialogue on intellectual property (IP) and seed laws, want to bring to your attention the declaration that resulted from the Dialogue. This Dialogue was attended by several organisations […] 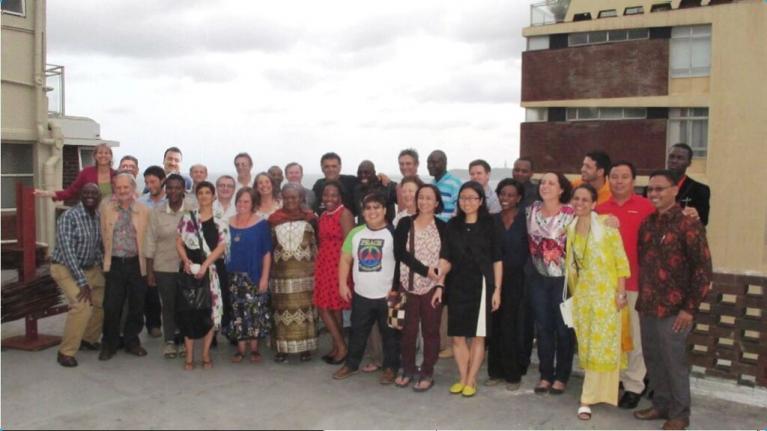 We, participants at the South-South Dialogue, are members of peasant and civil society organisations and concerned individuals from Africa, Asia, Latin America and Europe working on issues of food and seed sovereignty, peasants’ control of seed production and exchange, and biodiversity. We gathered in Durban, South Africa 27-29 November 2015 to share information and knowledge, […]

Nineteen African nations, members of the African Regional Intellectual Property Organization (ARIPO), began deliberating on the highly contentious draft ARIPO Plant Variety Protection (PVP) Protocol on Monday, 29th June in Arusha Tanzania. Many of these nations are least developed countries, the poorest and most vulnerable countries in the world. If adopted, the Protocol will establish […] 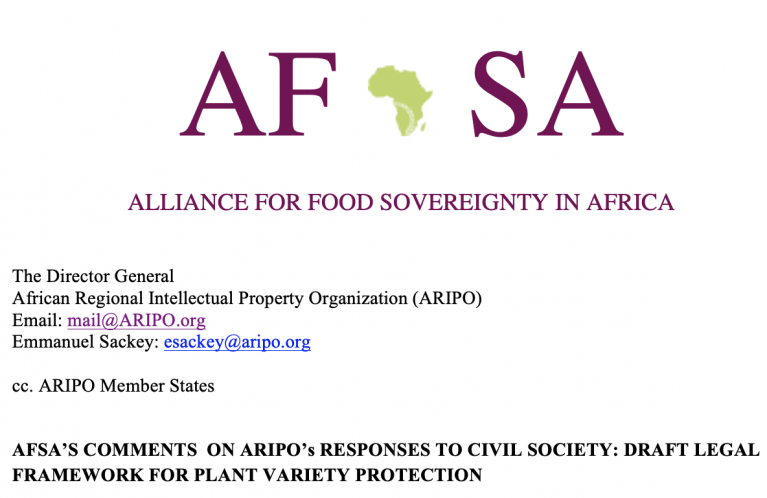 At the 2013 November meeting of the Administrative Council and Council of Ministers of ARIPO countries held in Kampala, Uganda, several documents on the proposed legal framework for Plant Variety Protection were distributed. Also circulated was a Matrix1 containing ARIPO’s responses to a detailed submission by civil society organisations (CSOs) dated 6th November 2013. In […]

The Alliance for Food Sovereignty in Africa [1] is gravely concerned about a draft law developed under the auspices of the Africa Regional Intellectual Property Organisation (ARIPO), dealing with a harmonised regional legal framework for the protection of plant breeders’ rights, titled “Draft Regional Policy and Legal Framework for Plant Variety Protection”. The ARIPO legal […]

The Alliance for Food Sovereignty in Africa strongly condemns the approval during September 2013, by the Council of Ministers of the Common Market for East and Southern Africa (COMESA) of the draft COMESA Seed Trade Harmonization Regulations, 2013 (hereinafter referred to as the ‘Seed Regulations’). The COMESA Seed Regulations will greatly facilitate agricultural transformation in […]

This submission was made by civil society groups at a COMESA meeting in Lusaka during March 2013, in which serious concerns were raised about the COMESA seed trade laws as negatively impacting on small farmers in the COMESA region. Statement made by: Zambia Climate Change Network (ZCCN); East and Southern Africa Small Scale Farmers Forum […]

This document represents the submission by more than 80 civil society organisations from the SADC region, other parts of Africa and around the world to the SADC Secretariat. These groups representing millions of farmers have condemned the SADC draft Protocol for the Protection of New Varieties of Plants as spelling disaster for small farmers and […]

Submission by ACB and African CSOs to ARIPO on its draft PVP law and policies, November 2012

During October/November 2012, a number of African groups from civil society in Africa supported a submission to ARIPO on its draft policy and legal framework for PVP. In such submission, the groups pointed out that draft legal framework was not written with the interests of sub-Saharan African states in mind, particularly ARIPO member states. This […]