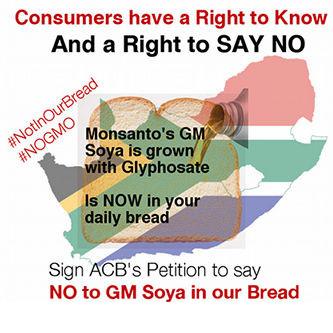 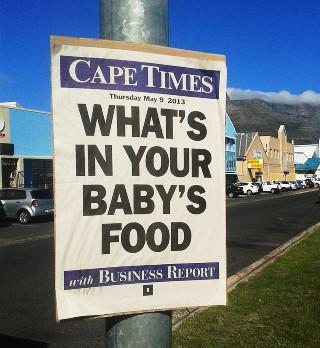 GMOs have made no impact on food security in South Africa in fourteen years. ACB responds to DA position

On the 5th of September 2012 James Wilmot, Democratic Alliance MP and Shadow Minister of Trade and Industry, issued a press release claiming that poor consumers cannot benefit from the “cost savings offered by GMOs” because genetically modified (GM) foods cannot be labelled. He claimed that labelling could not be implemented without a testing facility […]

South Africa’s Agricultural Research Council (ARC) has developed a GE-insect resistant potato (SpuntaG2, which is a Bt potato) with the support of the United States Agency for International Development (USAID). This potato now awaits safety assessment and general release approval from the national authorities. Read here.

During 2007, researchers from the University of Cape Town (UCT), particularly Professor Jennifer Thompson, in collaboration with Pannar seed South Africa, announced that they had developed transgene-derived resistance to the pathogen Maize-Streak-Virus (MSV). They also claimed to have developed the first maize with transgenic MSV resistance, heralding the first all-African produced genetically modified crop plant.[i] […] 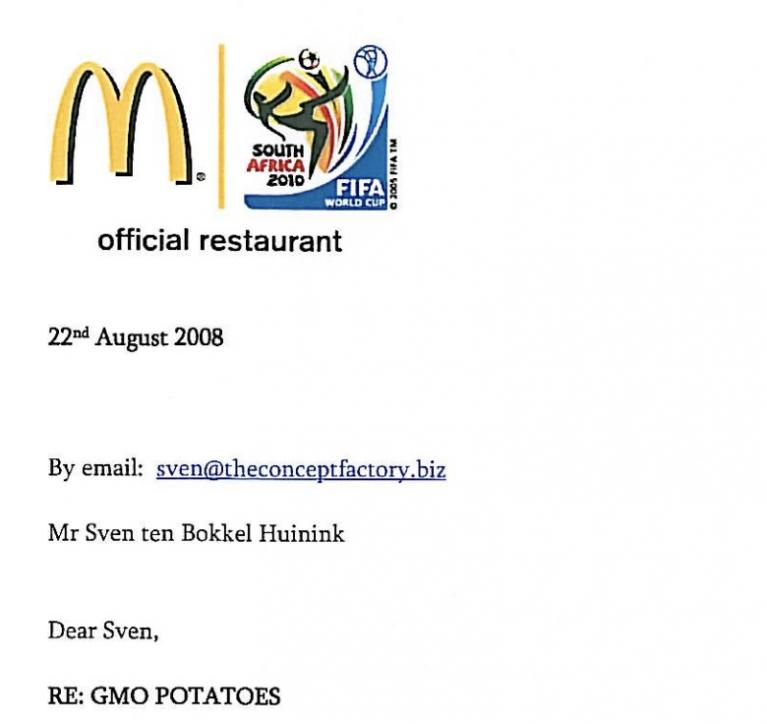 Allegedly, McDonald’s is committed to providing quality food to our customers and source our products and ingredients from the best suppliers locally and globally. In South Africa, their potatoes are sourced from McCain Foods and so we asked their Managing Director, Mr Owen Porteus, to provide us with full clarification on the use of GMO […]

The African Centre for Biosafety is grateful to the Department of Environmental Affairs and Tourism (DEAT) for the opportunity to make these written comments, and later this month, (29th February 2008), oral submissions, with respect to the South African government’s draft operational text on liability and redress in the context of the Cartagena Protocol on […]

Kenya’s Biosafety Bill is drafted as an enabling statute and will require the promulgation of numerous regulations in order to bring it into effect. It’s fundamental nature is one of a lenient permitting system as opposed to a biosafety regime intention regulating genetically modified organisms within a context of caution. Read here.

It is with extreme disquiet that the Africa Centre for Biosafety (ACB) notes the recent spate of new applications for GM experiments in South Africa. These experiments with new GMOs not only place human populations and the environment at great risk, but continue to reinforce a flawed development paradigm, which seeks to introduce hi-tech products […]

Is South Africa in the US WTO Sights Over GM Import Ban?