An unproven genetically modified (GM) RNAi cassava variety is yet another staple food crop, after maize and banana, on the biotech industry’s agenda for commercial cultivation in Kenya. The brazen lack of safety tests contained in the Kenya Agricultural and Livestock Research Organisation’s (KARLO’s) application for cultivation, and disregard for adherence to biosafety best practise and disease resistance, has galvanised civil society and farmer organisations to demand reinstatement of the ban on GMOs.

Cassava is one of the oldest cultivated crops and provides the primary source of calories for around 600 million people in the tropics, especially in Africa. In Kenya, cassava is a major root crop, coming only second to Irish potatoes, mostly cultivated by poor smallholder food producers as an important food and nutrition security crop.

The RNAi GM cassava project is spearheaded by Ugandan and Kenyan scientists, giving the illusion that it emanates from public research endeavours, and distancing GM technologies from the tarnished image of biotech giants. The claim is that the GM cassava will be offered on a royalty-free basis, even though Kenya is a member of the highly restrictive and draconian International Union for the Protection of New Varieties of Plants (UPOV) 91 regime on plant variety protection that severely limits the exercise of farmers’ rights by preventing the exchange and sale of all farm saved seed.

However, key US partner – the Donald Danforth Plant Science Center (the “Danforth Center”) – is supported and funded by corporate and philanthro-capitalist organisations such as Bayer (formerly Monsanto), the Bill and Melinda Gates Foundation, the Howard Buffet Foundation and the United States Agency for International Development (USAID) – all known for pushing GMOs and biotech initiatives on the continent.

Seven-year ban on GM revoked with introduction of GM cotton, smoothing the path for GM cassava

Alongside Nigeria, Ghana and Uganda, Kenya is a key target for the biotech industry in Africa and various field trials involving GM crop plants are underway. The National Biotechnology Agency (NBA) has approved the insect resistant (Bt) maize and commercial cultivation of Bt cotton, with 1,000 farmers identified to receive GM cotton seeds. The biotech battle to capture the Kenyan market has been ongoing for a number of years, but not without fierce opposition from civil society and farmer organisations and long sustained campaigns led by the Biodiversity and Biosafety Association of Kenya (BIBA).

Citing serious concerns about adverse health, environmental and socio-economic effects, the Kenyan Cabinet ban of GMOs in 2012 was momentous, providing a glimmer of hope for a GM-free Kenya. Unfortunately, in 2019, as a result of sustained pressure, especially from some public researchers, the Cabinet did a turnabout when it approved the commercial farming of Bt cotton. Compounding this situation, and in the midst of a catastrophic global pandemic, negotiations are ongoing in regard to a Kenya-US bilateral trade deal, which, if sealed, will no doubt open the floodgates of GM products and technologies, making the country a conduit for the proliferation of GMOs in East Africa.

RNA interference (RNAi), a natural biological mechanism that regulates the expression of genes, is one of the second-generation GM technologies being foisted onto Africa. In the case of GM cassava, the RNAi technique is used to suppress the expression of viral pathogen genes in the CBSV and UBSV.

Unique for Kenya, the application is not for a single GM cassava event but rather for the technology itself and targets all cassava growing areas, particularly the coastal and western regions, which are the main producing areas.

Yet scientific understanding of RNAi remains incomplete, with evolving research revealing properties of RNAi that expose outdated safety assumptions of RNAi GM crops. RNAi also raises novel biosafety concerns based on potential risks of exposure following consumption and off-target effects of gene expression in people or animals. Shockingly, these risks among others have not been addressed in the Kenya Agricultural and Livestock Research Organisation’s (KARLO’s) application on the cassava event 4046, with unsubstantiated claims of environmental and human safety proliferating the risk assessment.

There is a total lack of studies included in the application, with no data being provided to prove the complete absence of novel RNA variants; no mention of profiling techniques routinely employed to assess changes in gene, protein and metabolite expression; and no simulated gastric fluid test done. Not a single toxicology assessment or evidence of feeding study or trials is cited, as required by the Food and Agriculture Organisation of the United Nations (FAO) Codex Alimentarius Guidelines on Food Safety. Failure to provide this data is irresponsible, unacceptable and in breach of international and national food safety standards, and goes against the Precautionary Principle of the Cartagena Protocol on Biosafety, to which Kenya is a Party.

In addition to the safety concerns, analysis of the KARLO’s application reveals shoddy biosafety, marred by irregularities that arose during previous field trials in Uganda and Kenya for the selection of the GM cassava variety in question. For example, it is not clear why only one transgenic event – variety 4046 – was chosen when these trials were early proof-of-concept tests. Further, there is no clarity on the control varieties used and a further statistical imbalance presents bias in the number of transgenic and non-transgenic varieties, raising serious concerns on the methodology and decision-making process more broadly. Additionally, there is no documentation or data to demonstrate that the GM cassava works in the field even though the variety was selected in a high disease area and, even more surprisingly, where the disease was controlled using pesticides.

The very questionable intention of the KARLO is to transfer the CBSD resistant trait from event 4046 into current popular high-yielding cassava mosaic virus (CMV) resistant varieties, in Kenya, Uganda and the region. This is particularly with regards to efficacy of RNAi approaches for resistance development. Previous trials have shown that the natural resistance to CMV present in the original parental line TME204 was lost due to genetic modification. In essence, the resistance of CMV varieties tend to wear off after a number of years, and thus there is the high likelihood of CBSD evolving in the GM cassava, which would cause a significant threat to cassava production in the region.

Furthermore, there are alternatives to GM that ensure longer-term and sustained resistance to CBSD such as continuous in-situ breeding of CBSD resistant varieties that are in the hands of farmers, such as the Kiroba cassava in neighbouring Tanzania. There is also the need for sustainable alternatives on how to contain virus, such as accessing clean reproduction material and adhering to clean storage facilities.

The NBA’s online/virtual process for public participation through email, webinars and via sms of KARLO’s GM cassava application, particularly in the midst of a pandemic and imposed lockdowns, has been severely criticised by Kenyan civil society organisations (CSOs) as being severely flawed and contravening the Biosafety Act. Farmers, who are supposedly the end users of this technology, were denied an opportunity to gain a real understanding of key issues and concerns thus putting them at a great disadvantage. According to a statement by CSOs, farmers do not have smart phones and were therefore unable to participate in the online sessions. It would have been prudent to postpone any public participation related to GMOs until such time that all relevant stakeholder’s including and especially farmers are able to participate physically, in order to inform sound decision making. This experience illustrates the haste on the part of the Kenyan authorities to expedite GM crop cultivation even in the worst of times for Kenyans and the world at large.

There have been failed attempts in the past involving GM cassava under the auspices of the Danforth Center. In 2006, they announced that their GM virus-resistant varieties of cassava had lost resistance to the African cassava mosaic disease (CMD). Evidence shows that just like pesticides, targeted pathogens develop resistance to RNAi pesticides, such as the papaya ringspot viral resistance to the GM papaya variety commercialised in South China, which is linked to new viral lineage emergence as a response to the RNAi mechanism. This adds to the ever-growing list of failures of GM crops recorded globally such as resistance of weeds to glyphosate and insect resistance to Bt toxins rendering certain genetic engineered (GE) crop varieties ineffective. Other failures associated with GM crops and their lack of efficacy and performance have already been recorded on the African continent, such as the well-known example of the Bt cotton failure in Burkina Faso, and the non-performance of GM drought tolerant maize variety in South Africa. With regards to cassava, the South African government has in the past rejected GM cassava for open field trials as a result of inadequate information regarding the stability of the GM cassava’s trait involved, as well as caution regarding gene flow.

Socio-economic concerns and claims of economic benefits to smallholder farmers

GM cassava is an important resilient crop for food security, especially in this era of climate change and multiple shocks affecting the East African Community and particularly Kenya. It’s a women’s crop and is mostly grown in marginal areas. The introduction of GM cassava thus raises grave socio-economic concerns, particularly on the: capture of rural markets as a result of the impact of contamination of local and farmer seed/landraces/varieties through gene flow, as a result of cross pollination and co-mingling; long-term implications of evolved resistance of the virus to GM cassava; and upsurge of farmers using toxic agricultural inputs to manage resistance, among others. Despite this, the Kenyan scientists claim that the GM cassava varieties will have economic benefits and that the GM cassava will be provided on a royalty-free basis. In a recent article, they claim that farmers are desperate to have this variety of GM cassava and are willing to access it illegally. But the article fails to speak to the several associated and extremely worrying biosafety risks and socio-economic impacts and, even more so, fails to substantiate claims of economic benefits through robust independent biosafety data.

What will be the fate of Kenyan farmers, who will have nothing to fall back on, in the event of failure of this GM cassava?

CSOs and farmer organisations continue to challenge the onslaught of the biotech industry, as they have done in the last two decades, and further continue to bring to light the failures associated with GMOs in the pre-pandemic world. In this global pandemic, CSOs and farmer groups are demanding systemic change in rebuilding food and agricultural systems. With this recent GM Cassava application, the BIBA and other CSOs are demanding a moratorium, calling on government and the NBA to reject the KARLO’s application and uphold the precautionary approach. They have also urged that the government invests in research in alternative non-transgenic varieties that are less risky.

RNAi is the short version for ribonucleic acid interference. RNAi works by the production of a type of RNA molecule, called double-stranded RNA (dsRNA), that targets and subsequently blocks messenger RNA molecules from being translated into proteins, thus acting as a mechanism of gene regulation at the level of RNA.

The battle over regulation of new bre...

– A blog by ACB Director Mariam Mayet Snapshot In October 2021, the South African (SA) government determined that the regulatory an...

Will GM cane be the icing on South Af...

The ACB was shocked to discover that over the past years research has been conducted for the application for field trials of a geneticall... 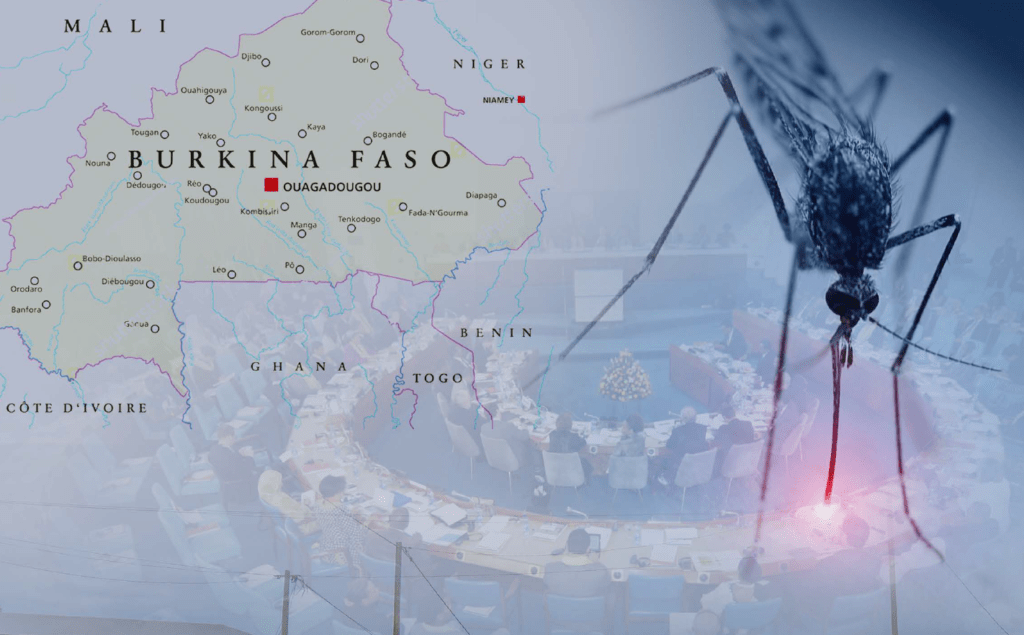 The financialisation of malaria in Af...